Very High Notes out of Nowhere

Most players, especially brass players, find it hard to play very high notes without any preparation. Try to avoid having anyone come it in extreme ranges. This also applies to the lowest range in most instruments. If you want to have very, very high trumpets after they have been silent for some time, at least give them a few quiet lower notes so they can prepare. The higher it gets, the harder the embouchure is for brass players because of less space between the harmonics. For very skilled players, very high notes out of nowhere usually are not a big problem, but it always adds a bit of insecurity. Besides, is it plain rude to stress people like that. Usually you can find some way to circumvent high notes out of nowhere.

Inexperienced players sometimes have difficulties with playing to a click, especially if they are from a classical background. Their playing becomes very stiff and unemotional. In rare cases it can also happen that people are constantly playing in front of or behind the click. This comes from the habit of with classical orchestras the conductor sometimes deliberately being in front of the orchestra in his conducting. Of course with a click track, everything should be dead on, but its hard to do that if you are used to another way.

If their performance really suffers from clicktrackophobia (I made that word up), you might try a pass without the click. Now its the job of the conductor (you?!?) to keep them in tempo. Actually, this makes recordings much more natural, but it takes a great deal of practice on the part of the conductor. Try rehearsing it at home with the aid of either a live recording or a file from your notation software. It also helps - and I recommend it - to have all players leave one ear uncovered. This allows them to hear much better what those around them are doing as well as hear their own instrument better. But remember: If you are recording seperate sections, you need the click track!

Sometimes you have scores with very, very, very long breaks for some instruments. This may for example happen with large backing bands only playing during the chorus. You should of course tell these folks when they need to come in again (most notation applications will write one bar and put the number of silent bars in it), but if they have a break of 30 bars or so, noone will actually count!

This is where you need to use cues: Look for an easily recognizable part someone else is playing directly before your players have to come in again and write it in the parts in cue notes (smaller notes). The players need to hear the cue part, so choose someone they can hear (very loud, sitting near them, ...) This will help them find the place. Also make absolutely sure the conductor (or whoever may be responsible for leading the players) gives them their entrance very clearly, i.e. by making eye contact one bar before they need to come in.

It can also help greatly to mark sections in the parts, even if the players have nothing to do. It helps them keeping track of where they are:

In this image you can see that we have an 8 bar verse, followed by an 8 bar chorus. If the player has to come in right after the chorus, s/he will have no problems finding the entrance.

If you have a song and players have to play only the chorus or so, you usually do not need to write down the exact number of silent bars. Give them a brief decription „Chorus only!“ or something along these lines and make sure to rehearse their entrances.

Give them their first beat!

One thing that annoys musicians tremendously is composers writing a nice, soaring line for them, but not allowing them to play a last, short note on the first beat of the next measure when their line has ended. Somehow we are internally wired to expect our parts to finish on a first beat. The most prominent example of this is the end of most pieces: After a (lengthy) final cadence they tend to end with a big "bang" on a first beat. Try to compose this way in the whole piece and your players will have much more fun playing your stuff! 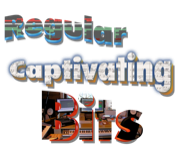