Long time, no update. Originally scheduled for Autumn 2013, finally the new face of Novatlan Sound is online. It is true what people say - „He who is really busy shall have no time for updating his website“. I would never have imagined this taking so long :) But better late than never.
The redesigned V7 of novatlan-sound.de brings a network bar at the top with links to my other projects, as well as social media icons and lots of other goodies.
The Studio section has been completely revamped with updated equipment and library lists, etc. This was sorely needed as I switched my rig from OSX and Logic to Windows 8.1 and Cubase/Nuendo last year. A new huge orchestral template spread over three machines now ensures a great workflow - I could not be happier.

When first discovering Vienna Ensemble Pro some time back, I would never have imagined how important this software would become for me. Not only in my work as composer, as I rely daily on my templates hosted by VE Pro, but also with my VE Pro tutorial. Over the course of the last two years, I have had tremendous feedback to the tutorial, released several new versions and help a ton of people setting up their templates.

Vienna Ensemble Pro 5 brought a host of new features, so an update was due. Without further ado, I present to you the brand new and updated version 2.0 of Orchestral Templates with VE Pro 5! Offering updated screenshots, information about the new features and a completely revised text, I think you will like this new version.

2.0 also marks two special new „features“, so to speak:
- On www.orchestraltemplates.com, you will not only find the tutorial, but also additional information about this part of my work.
- You asked, I deliver: Now there is an ePub version of the tutorial available for you enjoyment. It works on basically any reading device and has chapter markings, a nice cover image and all the other goodies we have come to expect of eBooks.

Concert: Premiere of my Magnificat on April 29th

I am very happy to announce that a Magnificat composed by me will be premiered by the Vokalensemble Bingen, together with a brass quartet and an organist on April 29th.
My piece, which is sort of a fusion between late romantic English sacred music and harmonically free writing, will be performed alongside two works by Benjamin Britten. Great to be played alongside one of my favourite composers!

This concert is particularly exciting: Not only does it mark the Ensemble’s first concert of a contemporary work, but also this will be the very first premiere of the piece itself.
The concert will take place on April 29th, 5pm at the Basilika Bingen am Rhein. Please see the official concert flyer for more information.

So if you want to hear some great people singing and playing a (hopefully) great piece, please come and listen!

You can listen now to the recording made of the performance:

On March 11th, 2012 I was invited to the studios of Radio Rheinwelle, a local radio station for the area I’m living at for an interview. We talked about my work as a composer and about the premiere of a Magnificat composed by me, which will take place on April 29th in Bingen (More about that very soon in another post). It was great fun and I hope the listeners found my ramblings interesting as well.

If you speak German, have a listen:

Since joining the team of SCOREcastOnline a few months back, I have had the joy to work with some incredibly talented composers and developers.

With our technology team, we have begun a series of Solo String library reviews - with good reason, because quite a number of such libraries have materialized in the last months.
After a detailed look at Spitfire Solo Strings as well as LASS First Chair, I am pleased to announce the second review in this series. VSL Solo Strings is a heavyweight in the work of solo string libraries. The „oldest“ of the libraries reviewed, it has time and again proven to be a versatile tool for composers. The review tells you why and also gives you some nice audio examples.

On a related note, if you sometimes feel a bit daunted by the sheer power of the Vienna Instruments Pro sampler, SCOREcast also has an article for you that explains the interface and general concept.

If you like my music (or if you don’t, you should), you might want to stop by my redesigned Music page.
You will find a large selection of audio examples straight from my Soundcloud page, neatly organized in stylistic categories. New tracks are added regularly, so check back soon!
Also if you want to stay informed about everything important I do, including tutorials (updated VE Pro tutorial soon!) and reviews, like my Facebook page.

Welcome, 2012!
While we are all sorry for the loss of the old year, which we have grown to love over the course of its lifetime, we are sure you will be more than up for the task :)

So I wish everyone a Happy New Year 2012, hopefully a good one for health, success and a fair share of great people your way.
I have lots of exciting projects in the pipeline for 2012, including a bunch of Sibelius seminars, the wonderful world of SCOREcast, and many many more! 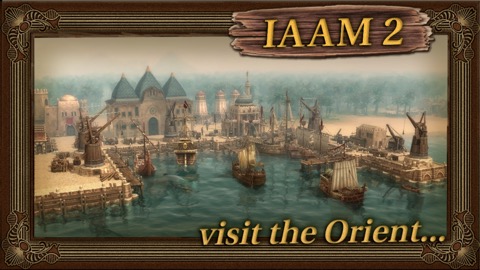 I.A.A.M. 1404 V2 has now been out in the wild for a few days to a great reception.
I’m very pleased to hear that my music is liked across the board; here’s a short comment from the official Ubisoft forums (translated by me):

So if you own the game and would like to add a host of new gameplay features to it, head over to the I.A.A.M. 1404 site and download the new version!

Sibelius 7 has been out for some time now and the one question I still get asked most when giving demos is „How can I notate free rhythm in Sibelius?“. There is even the rumour that it is not possible, which of course is not true. It is. And it is pretty easy. 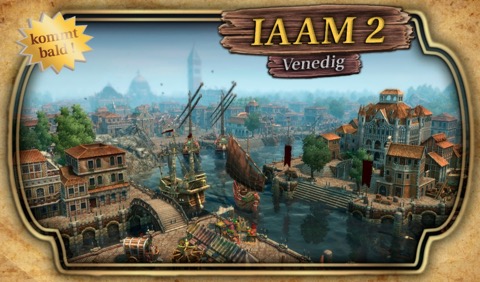 IAAM adds a huge number of great features to the core game, even letting you build all architectural styles only available to the AI in the core game. You also get additional production chains and tons of new buildings. IAAM V2 is a continuation of the very successful first version of the modification and will transform the ANNO experience, just like its predecessor (and the DEAP mod for Anno 1701, again with music by me) did.

To whet your appetite, here’s the new Main Theme for the game, composed by yours truly. I hope you like it and eases the wait for the release :)